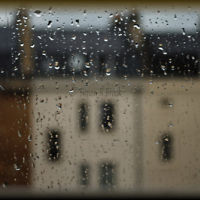 Ah, Sunday afternoon. A time for lazy reflection and casual debauchery. Although not in some parts of Soho, these days. I took a brief tour of the haunts of Rossetti (Dante Gabriel), Orwell (Eric), Marx (Karl) Snow (John)(Epidemiologist, not journalist)and Barnard (Jeffry) which included an excellent lunch of snails and rabbit and wild garlic in the Cafe Boheme. My exploration revealed a mostly sanitized - but very pleasant - area compared to what I believe it once was. 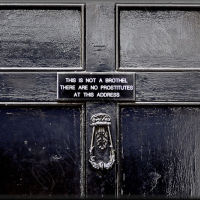 Then I found this. Although I was not particularly looking, this was the only sign in the whole area referring to its most famous activity, one way or the other. And why the need for this sign? Not all callers are welcome, obviously, and the point seems to need to be made twice. Quite honestly, I hadn't assumed that this was anything but a private house, but there must be a story behind this...either the door looked a likely bet, although it is just an ordinary black door to an ordinary house - or there must have been some historical connection to the 'business' here which drew returning customers after trading had ceased. 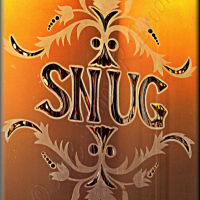 Ever an area of contrasts, I also found some beautiful glass in a rather run-down John Snow. Never been in a pub named after a robust public health physician before. Snug - now that is more like it. And, looking out of the window from the place where the late lamented Jeffry Barnard often became unwell, I noticed a girl taking pictures out of her office window. As I took the picture, she noticed, and smiled.


I had a lovely day, not even marred, on this occasion, by the best efforts of London Underground. Nothing to complain about! Unusual. Must be getting more relaxed.