Decided to go in a slightly different direction this year, and move away from taking photographs OF things and do more photography ABOUT things. So to start, I had a little project, inspired by a rather well-executed piece of graffiti on the brick wall of an underpass in West London. It struck a chord, because as a photographer, I often want to go where job's-worths don't want me to be. Why not? I only want a picture.

Subsequently removed by the Authorities in what I regard as an act of Civic Vandalism (I pay my Council Tax, who are you to decide?), it was one of the more accomplished pieces I had seen there, and it appealed to me. Then I found, during a trip down the Regent's Canal, a beautifully-executed, stencilled, Banksy-style anti-war protest work of art.

I started to look for related images, and began thinking about the degree of physical and electronic surveillance, restraint and control we are all subjected to, and then the American NSA story broke; GCHQ involved as well. Our privacy is important, as is freedom of expression. The two sometimes do not go together. Artists and activists always maintain that they have the right to (a) personal privacy and (b) total freedom of expression. The two can conflict. Complete anonymity together with complete freedom of speech and expression is bad, if others' privacy is invaded. A population totally lacking in privacy from the State cannot have complete freedom, of anything. The trick is in finding the balance. In the case of the graffito above, I preferred it to the rather stained brick wall that the council has left there now, after it was removed. I understand that others may find informal art works aesthetically or politically offensive, imposed without consultation or approval on a public space. The message of '2013, not 1984' is clear, and it is both telling and amusing that it was placed in an area rife with CCTV cameras, but in a place where the cameras can't – quite – see. It is my opinion only, but I think it should have been left there. Incidentally, if the artist who placed it there happens to read this, or if someone knows who it is, I would be interested in communicating – I have in mind a collaborative project.

I want to remind us that we are being observed, controlled, imaged and prevented from gaining access. For our own good? How do we know? You can't see beyond the fence, but they can see you. Do I need permission to photograph? Does whoever controls the CCTV ask your permission when they image you? This all spills over of course into arguments about the Nanny State - or is it more sinister than that? One person's autocratic, all-powerful, untouchable, corrupt 1984-style of ruthless dictatorship is another's comfortable, safe, protected lifestyle. After all, Orwell's Proles were envied by Winston Smith. And they knew no better, of course.

Even so, we should always question and probe limits because for every moral, well-meaning public servant, bureaucrat, minister, CCTV Operator - where ARE all those Images? - or minor council anti-graffiti official, there are tens or hundreds or thousands that either aren't, or can be easily corrupted. It is how and why the Third Reich was so successful at first. Lack of concern. Who is looking at your images, your data, your thoughts? And what are they doing with them? If all this was an easy problem to solve, it would have been solved. I am watching the world very carefully. 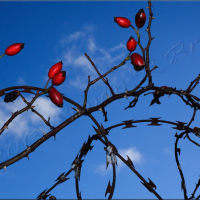 So, who needs watching? Us, or the watchers who watch us? And who would watch them?

See a preview of the Project 'PRIVACY' here - a free PDF is available through the 'Contact Me' Section...